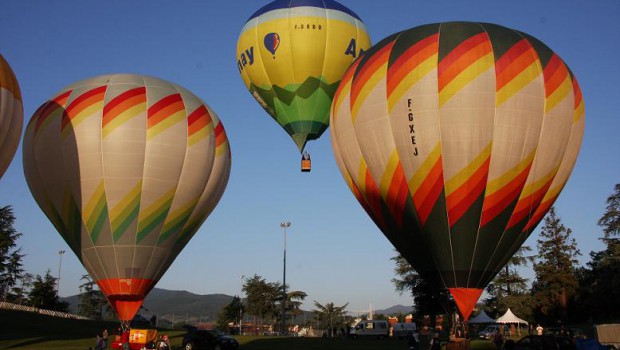 Traditional meeting of hot-air balloons on the occasion of the remembrance of the first flight of June 4th, 1783.

Flights and first flights animations in the park of Déomas.

An historical reconstitution of the flight of the first paper hot air balloon made by the famous Montgolfier brothers. This historic flight, which took place on June 4, 1783 in Annonay, led to the first manned flight!

WRITE YOUR OWN REVIEW ABOUT ART DE L`ENVOL 2016